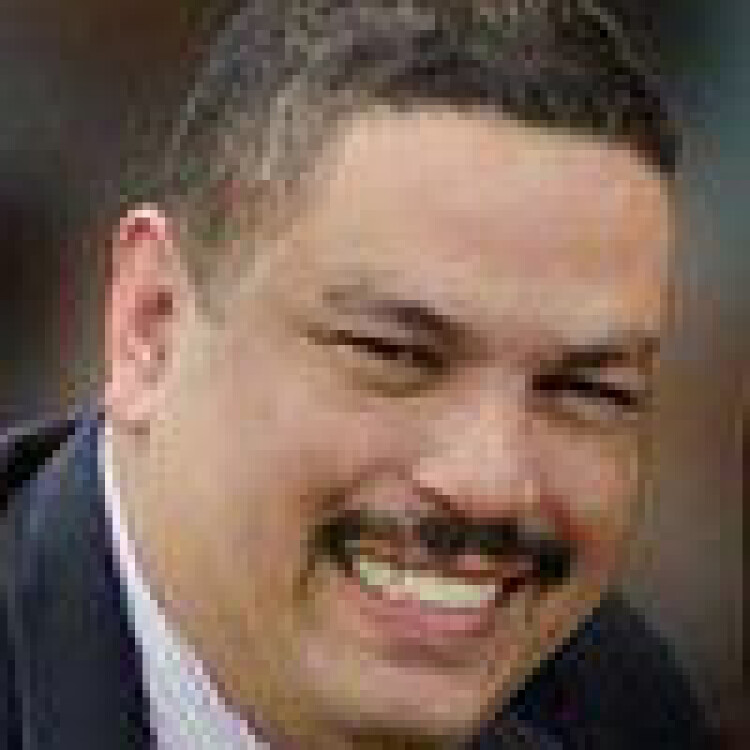 William Almodovar has been our Director of Youth Ministries since March 2019. He enjoys doing mission both locally or beyond Indianapolis with our youth.  He enjoys sharing time with them and working together on their different projects - from Sunday School to Mission Trips amid other activities.

William earned his bachelor's degree in secondary education with a major in history from the University of Puerto Rico, and his Master of Divinity at Christian Theological Seminary in Indianapolis.  He did his Student Pastor ministry at Nueva Creacion, alongside Pastor Fernando Rodriguez and Kecelyn Santiago.

William served as Pastor at Casa del Alfarero (a Disciples congregation) for six years.  He also served an interim position as part-time National Hispanic Pastor, as the Central Pastoral Office for Hispanic Ministries searched for their new full-time Pastor.  Since January 2018, he has been serving with West Street Christian Church for their Wednesday night children's program.

William is married to Milly Semprit and they have three sons - William Javier, Wilhem, and Wendell, and now he is a grandfather of two boys - Damian and Marcelo Javier. 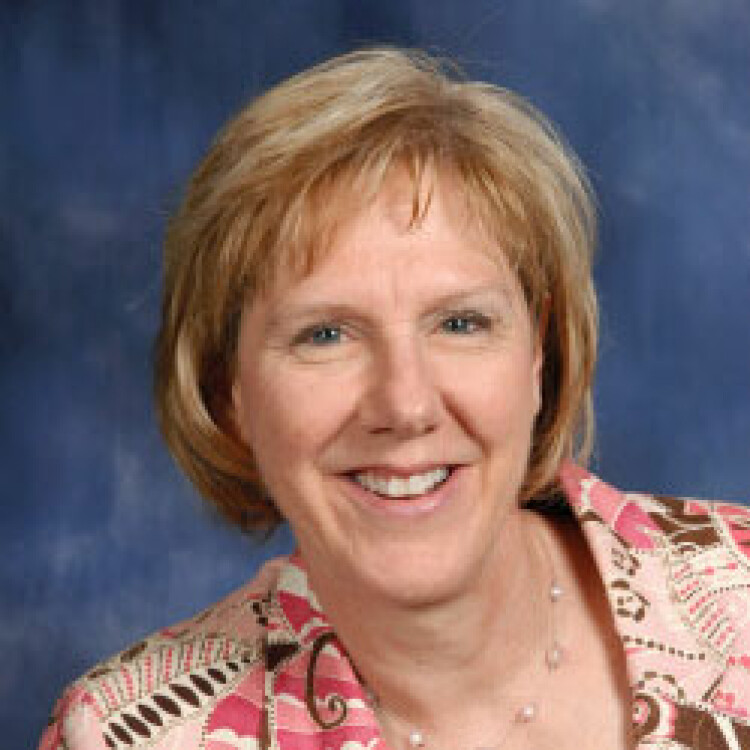 Lisa Crismore has been a Commissioned Lay Pastor at John Knox for 17 years. The focus of her call to ministry is to coordinate and plan the Christian Education Programs. Lisa also enjoys assisting with leading worship, preaching and pastoral care. Prior to and during her time at John Knox, Lisa worked at FedEx for 14 years. After completing Commissioned Lay Pastor training in 2001-2003, Lisa heard God calling her in a new direction, which led her to John Knox. She has been very blessed by this congregation. Lisa enjoys serving side-by-side with the members of this church to be the face of Christ to our community. She believes that God clearly has plans for our future ministry, which includes our Hispanic neighbors.

Lisa graduated from Hanover College with a degree in Business in 1983. She has been a Presbyterian all her life.

In her spare time, Lisa enjoys having fun with her family, watching movies, traveling, hanging out in bookstores, and going to the theatre and the symphony. Her husband, Jim, is a middle school orchestra teacher in Zionsville, and the part-time choir director at Faith Presbyterian Church. They have two grown children - Bethany and Sarah. Jim and Lisa have 2 spoiled Cocker Spaniels, named Taz and Lucy and 2 grand dogs, Suzie and Sienna. 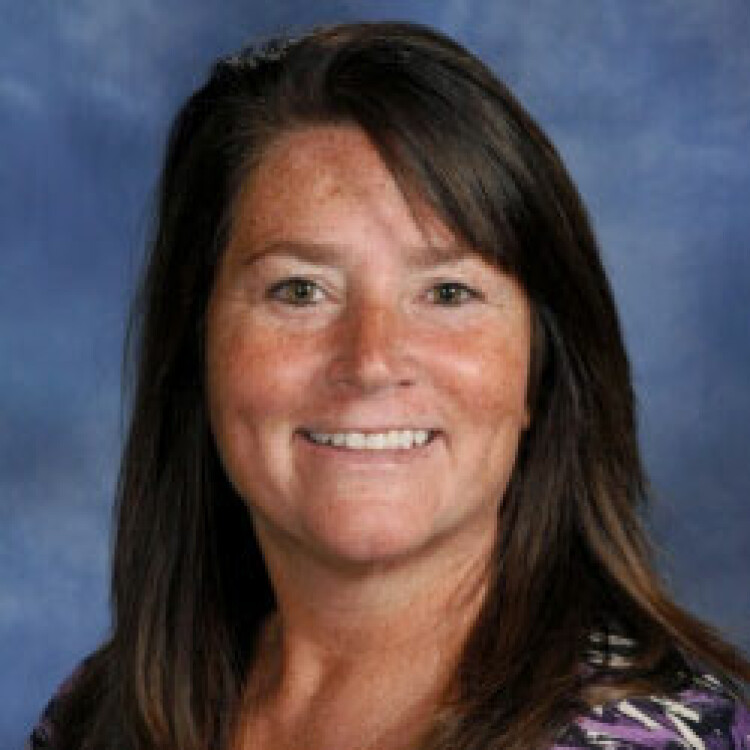 Tina has been at John Knox for over 20 years, providing care for the littlest members of our church family.  You will find Tina in the nursery each Sunday morning from 8:30 through 12:00, and is assisted each week by two trained church volunteers. 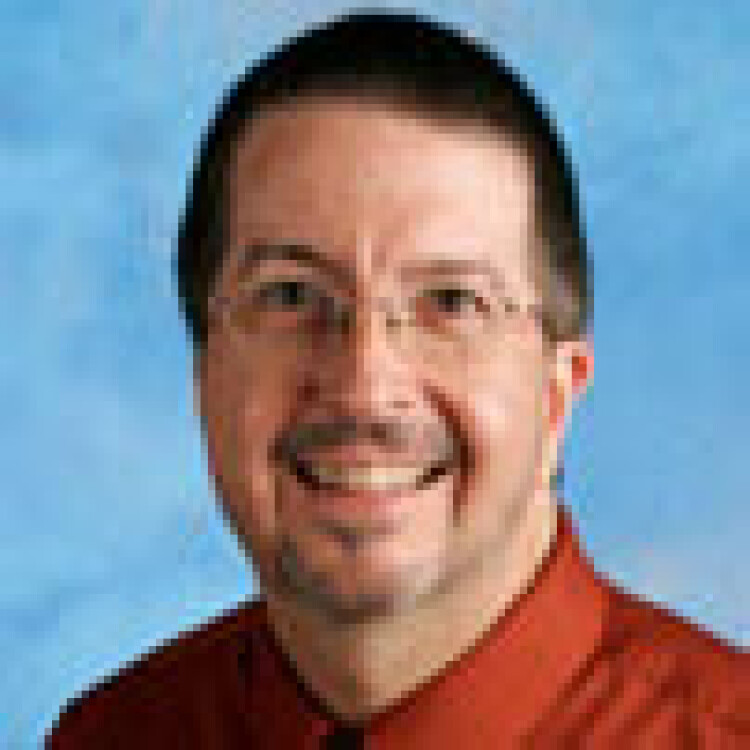 Jeff Gillespie joined the John Knox staff as director of music in October 2012.  Jeff is a professor of music theory at Butler University, and has served as a church musician and choral director for many years.  Jeff and his wife, Paula, live here in Indianapolis with their two children, Kelly and Joshua. 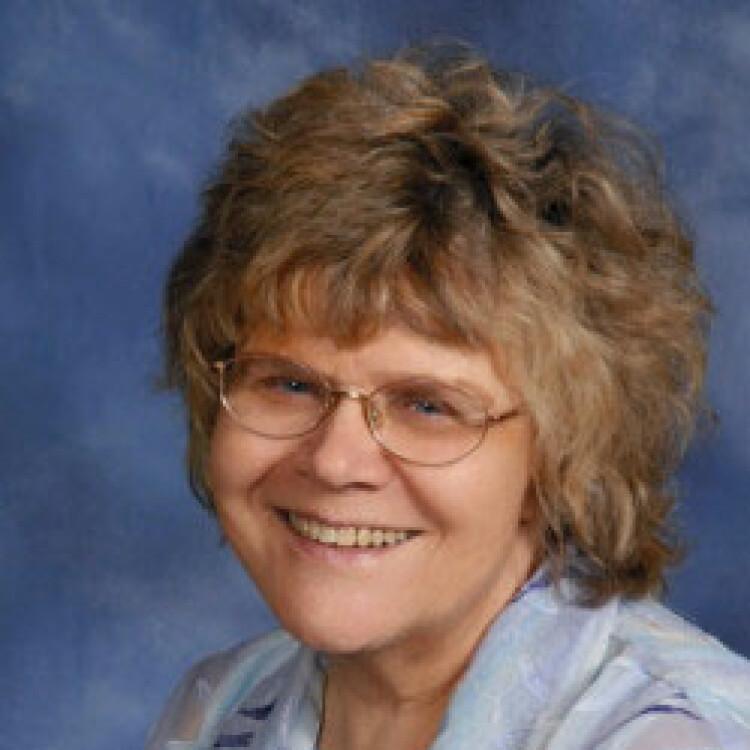 Ann has been an elder and lay leader at John Knox for over 30 years.  She began attending John Knox in 1981 while working on a Masters degree at IUPUI.  She remained in Indianapolis after graduation and shortly thereafter became a member of the church.  Since 1998, Ann has been a coordinator for our Spirit Alive Worship Service which takes place at 11:00am on Sunday mornings.  She sings with the praise band as well as works with many other aspects of the church's ministries.  Ann completed the Commissioned Lay Pastor training of the Presbyterian Church (U.S.A.) in 2005.  She enjoys playing her guitar, reading and the outdoors.  Turkey Run State Park is one of her favorite places for peace and relaxation. 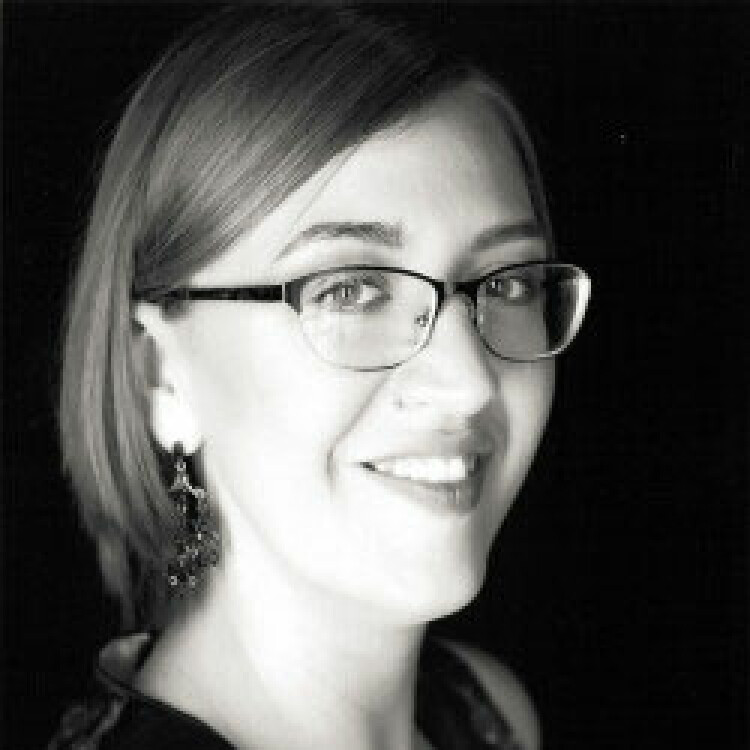 Shayla Van Hal began as the organist at John Knox on August 1, 2020. Shayla is beginning the doctorate program in organ performance and literature at the Jacobs School of Music at Indiana University this fall. She is coming from Overland Park, Kansas, where she has been organist, pianist, and bell choir director at Holy Cross Lutheran Church. She is a graduate of Luther College and has two masters degrees from the University of Kansas. She also comes with over ten years of experience in church music ministry. We are very excited to welcome her as a part of our congregation and its music ministry! Here is some more information that Shayla shares about herself:

Shayla Van Hal is a native of New Sharon, Iowa. Growing up in a small farming community around several musical relatives, she has had a lifelong passion for music, starting to improvise on her grandma’s piano at the age of four. She took piano lessons all through grade school, high school, and a portion of college, starting organ lessons with her cousin, Kris De Wild, at the age of 16. Her first work as an organist began at her home church of Peoria Christian Reformed Church, exactly 65 years after her great-aunt Iris Vander Wal had started playing organ at the church. She attended Luther College in Decorah, Iowa, receiving a bachelor’s degree in music, focusing on organ and church music. She and her husband, Adam, married after she finished undergrad and moved to Lawrence, Kansas, so they could both pursue graduate studies, Shayla in church music and music theory, Adam in computer science. They have recently moved to Bloomington so Shayla could pursue a doctorate in organ at IU and Adam could start his work in the computer networking field. When they aren’t busy with work and studies, Shayla and Adam enjoy cooking, watching episodes of Doctor Who, and dreaming about the cats they’ll eventually adopt! 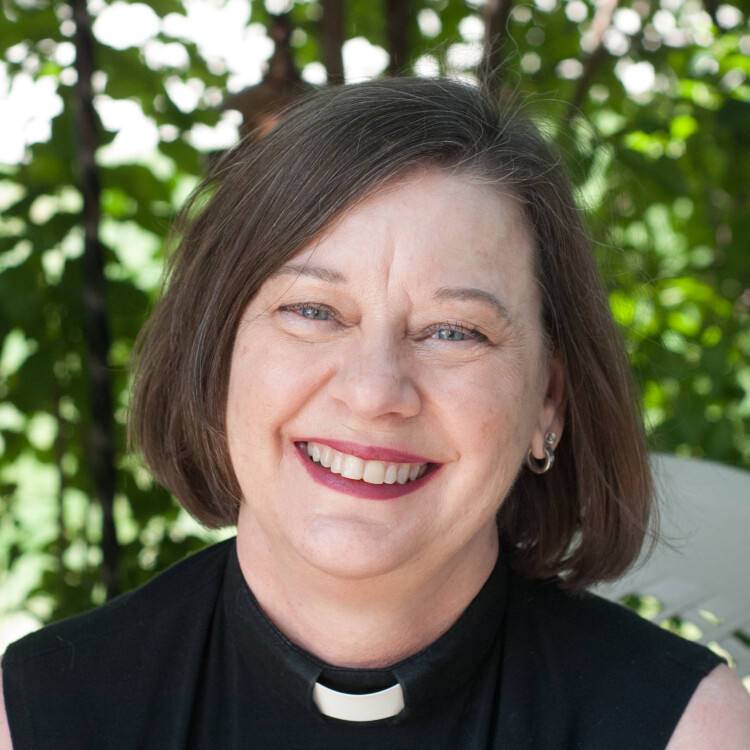 John Knox Presbyterian Church welcomed The Rev. M. Elizabeth Wagner as its full-time transitional pastor on October 26, 2021. Pastor Beth has come to us after serving as the transitional pastor of Heritage Presbyterian Church in Carol Stream, IL for the past couple of years. Ours is her ninth transitional (interim) position she has served in the past twelve years. She has helped churches grieve beloved pastors, deal with dwindling resources, top-heavy staff, and helped churches sell buildings and merge with other congregations to create new opportunities for service to the broader community.

She is the team lead for PC(USA) the Art of Transitional Ministry leadership training in the central part of the United States. She loves to teach and mentor fellow pastors as they explore calls in transitional ministry.

She is a second career pastor, finishing her M. Div. in 2002 at McCormick Theological Seminary in Chicago. She received an undergraduate degree in elementary education with pre-school emphasis from Northern Illinois University in 1979.

Beth is married to Jim Wagner (a retired computer programmer) and mother to Paul and Alyson and Nana to Elias and Ember Yates (her shining stars). When she is not pastoring, she loves to read (everything from business books to mystery stories and a few rhyming books live on her Kindle) and do creative sewing projects.  Her family loves to camp and visit National Parks, and there may be a Disney princess or two within this family if you check carefully. 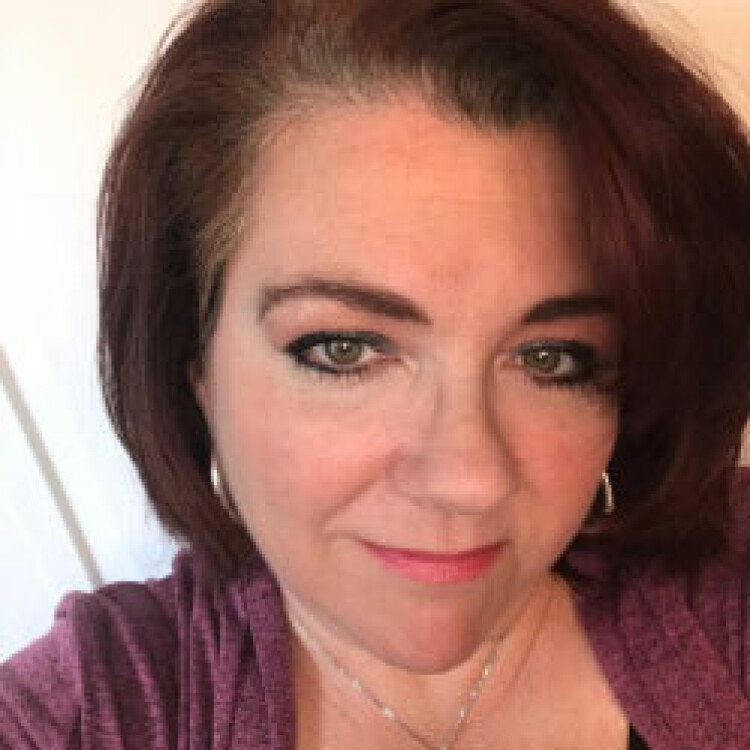 Amy Willis joined the John Knox staff in November, 2017.  She is a long time resident of the west side where she and her family have lived for 20 years.  Amy has two grown daughters and two granddaughters.  Amy enjoys spending time with her family and her dog Musiah.  Amy has an Associate Degree in Psychology from Grand Canyon University, and has been working in the field of Administration for 28 years. Her interests include canine training, cooking, gardening, playing with her granddaughters, and listening to live music.  One of her favorite quotes is "Family and friends are hidden treasures, seek them and enjoy their riches." - Wanda Hope Carter